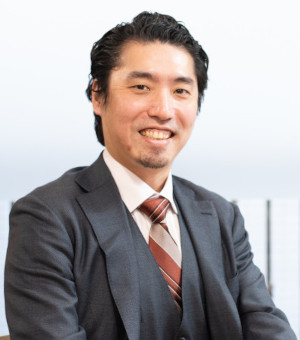 Born in Hita City, Oita prefecture in April 1983. He lived in the United States during his early childhood, when his parents transferred to California and New Jersey through work. After graduating from Teikyo University with a Bachelor of Arts degree in 2006, he worked as a sales representative in the insurance and advertising industries before moving to the IT industry in 2012. In 2018, he founded SUN Co,. Ltd.. SUN's aim is to contribute to the world with IT as its core business, and is currently working hard to promote services that support overseas residents in Japan.

"Please tell us how SUN was established"

After graduating from university, while I was working, somewhere in my heart I always wanted to connect with people around the world and do business on the world stage. I thought that starting a business would be a faster way to realize this dream. I envisioned a future SUN with employees from all over the world, sharing the same floor, and each desk running a different project for a different country.

I thought about starting a business overseas, however when I looked at the Japanese market, I realized that there were already many foreigners living in Japan. Therefore I could establish a global company based in Japan without setting up an overseas base. I knew I could make my dreams come true in Japan. 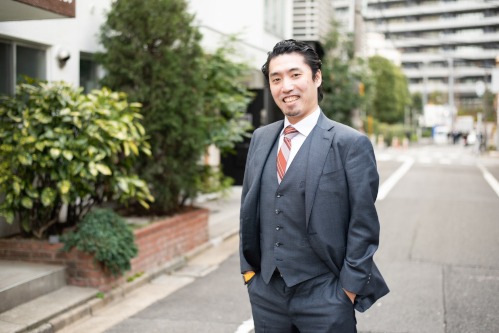 "Why did you decide on an IT company?"

In 2018, when SUN was established, "DX (Digital Transformation)" was gaining global attention, and Japan's Ministry of Economy, Trade and Industry had produced "DX Promotion Guidelines", and for business there were big changes in motion. IT is compatible with any industry, such as "MedTech", "FashTech", and "EdTech", however it is necessary to reform the business model, in order to utilize IT to the fullest and benefit the most in the future.

IT has become an important factor in supporting the Japanese and global economy, and conceals unlimited potential. The reason why I chose to establish my company in this industry was not only because I had practical experience of IT companies and management know-how, but also I believed that through IT, I would be able to contribute to the world.

SUN strives to be an IT company that can provide two major values.

The first is that SUN will not have to worry about a shortage of human resources.
Did you know that there will be a shortage of up to approximately 790,000 IT personnel in Japan by 2030? Japan is now entering an aging society with a declining birthrate, and the working population is rapidly declining. On the other hand, the need for IT human resources is increasing enormously due to the progression of DX. Both the decreasing working population and DX progression, means it is becoming increasingly difficult for Japanese IT companies to hire Japanese engineers every year.
Under such circumstances, SUN is already actively recruiting foreign engineers. SUN has many foreign engineers who are well adapted to the Japanese work environment, and so can offer most suitable human resources regardless of whether they are Japanese or foreigners. 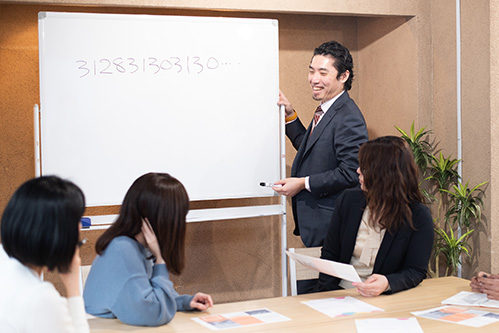 Secondly, by working with SUN, a business can simulate the experience of hiring foreigners.
The challenges from population decline are not just limited to the IT industry. The manufacturing, construction, hospitality, and restaurant industries are increasingly hiring foreigners, and as of October 2020, 1.72 million foreign workers were already working in Japan. This number is expected to increase in the future. In order to face the challenges of a declining population, hiring of foreign staff is a future issue that every company needs to consider. That said, there aren't many companies that can start accepting them right away. I hope, those companies that are not fully prepared for foreign staff, can partner with SUN to simulate the experience of hiring foreign staff. I would like to consider hiring foreign workers together and mutually grow with our clients. As a result, it should become clear that hiring foreign workers is not a problem for companies. You will also be amazed at the latest information they can gather on a global scale.

2020 was a year of rapid change in society as a whole due to the influence of the corona pandemic. Remote work has been encouraged, also changing the way we work dramatically. The number of companies looking to downsize their office space has reportedly been increasing. SUN adopted remote working early on, and as of January 2021, about half of all employees are working from home.

I believe that these recent changes will revolutionize the IT industry. In these times of living "with Corona" and preventing infection, we expect that the number of customer-resident projects will probably decrease. Therefore, SUN is increasing the number of development and outsourcing contracts. Additionally, in March 2021, we released our in-house developed services called "Living Study" and "Living Japan". I think our in-house development initiative will lead to "social contribution through IT", and we would like to continue to actively do so.

"What type of people do you wish to recruit?" 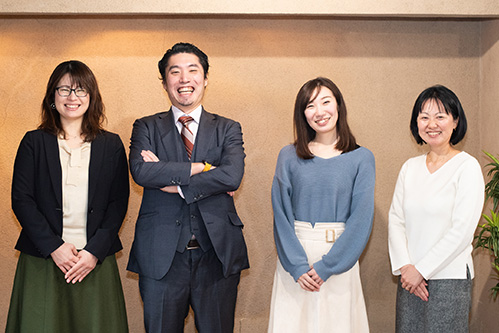 Regardless of whether they have traveled abroad or not, I would like people with a global mindset to take an interest in SUN. Those people that, for example, are open to foreign cultures and their people, regularly absorb information from overseas, hold a sense of their own identity, and who keep themselves up to date with the latest information, are all welcome.

When you interact with people in a global environment, you meet people whose way of thinking and ideas are different from your own. At times, you may recognize the stereotypes of Japan and feel how minor the Japanese society is. I would like people who join SUN to see the world through SUN and embrace our futuristic globalized Japanese work environment.

I also hope that the foreign employees at SUN will become a bridge between their home countries and SUN. Currently, we are concentrating on developing our bases in Japan, and we are planning to open bases overseas in the near future. When hiring locally overseas, I believe that it will be better to communicate from a similar background rather than a Japanese basis, to prevent miscommunication. I would like them to be a bridge between their home country and SUN, and assist in our overseas development.
>  About SUN's Global Business
HOME CEO's Message CEO INTERVIEW About SUN's Establishment